The last among the nine forms of Maa Shakti is Goddess Siddhidatri who is worshiped on the ninth or final day of Navratri. ‘Siddhi’ is a Sanskrit term which means ‘perfection’. Goddess Siddhidatri has four arms. She holds a Chakra in her right lower hand and a mace in the upper. In the left lower hand there is a conch and in her upper left hand a lotus flower. She is seated on a lotus flower with the lion as her mount.

The Goddess Siddhidatri is capable of giving all sorts

of occult powers and is also the possessor of 26 different wishes to grant her worshipers.Legend has it that the Supreme God Shiva got all these ‘siddhis’ by worshiping Maha Shakti. With her gratitude the half body of Shiva became that of the Goddess Shakti and therefore he also came to be called as ‘Ardhanarishvar’. The Siddhi that she provides is the realization that everything is Supreme Being or Brahman.

Mahagauri is the eight form of Goddess Shakti. Her color is white. Whiteners is shown by shell, moon etc. Mahagauri means one clean and bright like a ray of lightning.

This is the form of Goddess Parvati when she did penance to get Lord Shiva as her husband. It is believed that due to the intense Tapas performed by her without moving caused soil and dust to collect on her body. Lord Shiva cleaned her with water from Ganga that’s why she get whiteners as shine & got the name as Maha Gauri.Purity is depicted in this form of Durga. 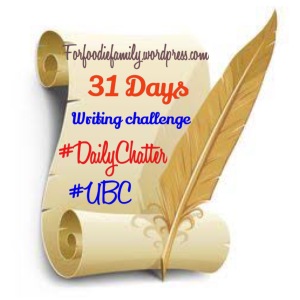 Maa Kalaratri is the seventh Shakti of Maa Durga. The seventh day of Navratri pooja is dedicated to Durga Kalratri. This is the most violent form of Godess Durga. Kalaratri is the one of the fiercest forms of Durga and her appearance itself evokes fear. This form of Goddess is believed to be the destroyer of all demon entities.

In this form Goddess Kalratri killed Raktabeej. Raktabeej was a demon who could multiply from every drop of his blood which fell on the ground. The Goddess Kaalratri killed him by licking the blood before it could reach the ground and hence conquered him. She endows her devotees with calm and courage.

The complexion of Maa Kalaratri is like dark night with bountiful hair and has four hands. The left two hands holds a cleaver and a torch, and the right two are in the mudras of “giving” and “protecting”. She has necklace is so shining like thunder. She has three eyes which emanate rays like lightning. Flames appear through her nostrils when she inhales or exhales air. Her mount is donkey. Blue,Red, White color should be used to wear on this day. Appearance of Maa Kalratri is very dangerous.

The sixth day of Navratri is dedicated to Durga Katyayani. She is called Katyayani because she was born as the daughter of Sage Katya of Katya clan.

She has three eyes and four arms. One left hand holds a weapon and the other a lotus. The other two hands respectively display defending and granting gestures. Her skin appears golden in color. Her mount is a lion.

Being the mother of Skanda she is Skandamata. Worshipping Skandamata has on the fifth day of Navaratra has very iportacefor Yogis & Sadhaks . In her image the Lord Skanda in his infant form is always found. She holds him in her lap.

Using a lion as a vehicle, Mother Goddess has four arms & three eyes. She holds Lord Skanda in her right upper arm and a lotus flower in her right lower hand, which is slightly raised upward. The left upper arm is in a pose to grant boon and in left lower hand, which is raised, she again holds lotus. She is Golden . She is seated on lotus flower so she is called Padmasana.

Colour Of the Day : Royal Blue

Footsteps from 2014 till now

Taking one step ahead wid Blogchatter